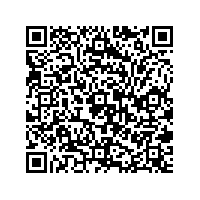 Subscribe to news
(PresseBox) ( Zaventem, BELGIUM, 09-07-02 )
The ADB Svoboda Batten, one of the most distinctive and venerable lighting instruments in ADB Lighting's catalogue, but best known for its role in theatre, opera and live music productions, has had a major role in the production of a new psychological thriller from acclaimed film director Anthony Waller.

Nine Miles Down, set for release next year, promises a spine-chilling journey into the psyche of a man struggling to escape his tortured past. Set in an experimental deep-crust drilling station in a remote and sandstorm-blown region of the Sahara Desert, the movie opens with Thomas 'Jack' Jackman (Adrian Paul), a security patrolman, battling through the storm to discover why all contact with the station has been lost.

The complex is empty yet well stocked with food and resources. It is eerie, inexplicable and unsettling, but, stranded by the howling sandstorm, Jack is forced to stay the night. Next morning the storm has abated and, to his surprise, Jack encounters a beautiful woman jogging in from the desert. She is Jennie 'JC' Christianson (Kate Nauta), who claims to be the last remaining member of the science team. She tells how they breached the roof of a vast cavern at the unprecedented depth of nine miles, swiftly followed by a series of mysterious incidents. And from there, the plot thickens considerably.

A disused champagne factory in Budapest provided a suitably atmospheric location for Nine Miles Down, but wasn't without its challenges, as Director of Photography Roger Simonsz explains: "We were going to shoot all the interiors in studios in Hungary, but there were a lot of other shoots going on there at the same time, so we settled for the factory. It looked good but not being a real studio there was no lighting grid, so our first task was to design the rig. So, I relied on my old theatre experience and designed a truss which would do what I wanted to do in the complex."

"Because our principal source lighting in the corridors of the desert complex would be small sources of light from doors and skylights at intervals along the corridor ceiling, and it had to accommodate lighting from daylight to moonlight and sandstorms blowing in, the rig had to be quite versatile. We didn't have lots of time in there so I needed to be able to change from one look to another with a single lighting rig in place and change things very quickly."

The team suspended 18 downward-facing ADB Svoboda Battens, sourced from local supplier Vision Team, from the grid. Says Simonsz: "They were a little bemused at first and I them showed photos of the Svobodas and said 'nothing else will do', because something more filmic like 5ks or PARs would actually have put a lot of lighting where it wasn't needed.

"The skylights were almost the same size as each Svoboda which allowed each beam to be shaped by the skylight itself, and I changed the colours from day to night with gels. So, for instance, for the nightmare sequence there's a 5k behind each door and a Svoboda glowing above each skylight - and the colour was achieved using Lee 161 slate blue. The beauty was that it was so easy to put the color on top of each skylight to change to a different look."

Simonsz had first encountered the fixture - named after its inventor, the Czech National Theatre scenographer Josef Svoboda - for a play at the Belfast Lyric Theatre at the height of the Troubles ("I took it through security as hand luggage and no one batted an eyelid," he recalls in amazement) and then, remarkably, lit no less a celeb than Pink Floyd's David Gilmour as part of a charity 'super group' performance at Alexandra Palace in London.

"I lit Dave's solo using one slanted Svoboda from Neg Earth," he laughs, "which was part of the backlight along the truss, So it was a much more interesting chance this time to play with 18 of them! They're really fantastic; I can't praise them enough; the beam has a unique texture that you can really feel, even without smoke - great if you really want to make a statement."