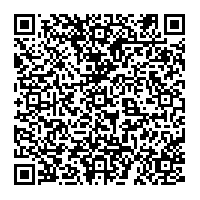 Accor announces a major European real estate transaction with the Sale of 48 hotels in France, Belgium and Germany for €367 million

Subscribe to news
(PresseBox) ( Evry Cedex, 10-08-24 )
In line with its asset right strategy, Accor has announced the signing of a memorandum of understanding for a major €367 million real estate transaction in Europe involving the sale of 48 hotels (31 in France, 10 in Belgium and 7 in Germany). Representing a total of 6,300 rooms, the hotels operate under the Novotel, Suite Novotel, Ibis and Etap Hotel brands. They include six hotels opened in 2009-2010 - the Novotel Munich Airport, Ibis Stuttgart Airport, and three new Etap Hotels in Belgium and France, as well as a 216room extension to the Ibis Roissy Charles de Gaulle.

The transaction will be carried out before the end of 2010 with a consortium of two investors: Predica, a subsidiary of Crédit Agricole Assurances, the leading "bancassurer" in France and Europe that manages over €200 billion in assets, will support 80% of the operation, and Foncière des Murs, a subsidiary of Foncière des Régions which has been an Accor real estate partner since 2005, will carry the balance.

The hotels will continue to be managed by the Group under the same brands through a 12year variable lease, renewable six times at Accor's option (for a total of 84 years). The rent will average 19% of the hotels' annual revenue (*) without any guaranteed minimum, except during the first two years (2011 and 2012, when the minimum will be €23 million), to support the rampup of recently opened hotels.

Under the terms of the lease, structural maintenance costs, insurance and property taxes will be payable by the new owner.

The transaction includes a €47.6 million renovation program, of which €33 million to be financed by the buyer, thereby enabling Accor to speed the deployment of its newgeneration Etap Hotel and Ibis rooms in more than 40 hotels.

It will have a €282 million positive impact on the Group's cash position, enabling Accor to reduce adjusted net debt by roughly the same amount in 2010, and will contribute around €3 million per year to profit before tax.

The operation confirms Accor's ability to continue actively pursuing its asset right strategy on favorable terms. The strategy consists of a multiyear program announced in May 2010 to sell €2 billion in hotel property assets over the period 2010-2013. The goal is to enable the Group to sharpen the focus on its core competency - hotel operations.

The 48 hotels to be sold include:

The largest hotels are:

Accor, the world's leading hotel operator and market leader in Europe, is present in 90 countries with 4,100 hotels and close to 500,000 rooms. Accor's broad portfolio of hotel brands - Sofitel, Pullman, MGallery, Novotel, Suite Novotel, Mercure, Adagio, ibis, all seasons, Etap Hotel, hotelF1 and Motel 6, and its related activities, Thalassa sea & spa and Lenôtre - provide an extensive offer from luxury to budget. With 145,000 employees worldwide, the Group offers to its clients and partners nearly 45 years of knowhow and expertise.

TECVERSUM startet heute mit Who is Who der Branche

Recommend Accor announces a major European real estate transaction with the Sale of 48 hotels in France, Belgium and Germany for €367 million press release