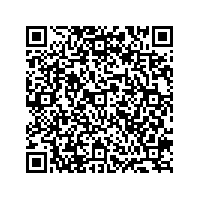 (PresseBox) ( Zurich, 13-04-10 )
ABB, the leading power and automation technology group, has won an order worth around $150 million to supply converter transformers, DC (direct current) filter capacitors and key components for converter valves for the world's highest capacity power link in China. The order was booked in the first quarter.

Once completed in 2014, the 8,000 megawatt (MW) Xiluodu-Zhexi link will be capable of transmitting the energy equivalent of eight large power plants and supplying 40 billion kilowatt-hours of electricity per year - enough to meet the needs of over 11 million Chinese consumers. The use of renewable hydropower will also help avoid combustion of more than 12 million metric tons of coal, reducing potential carbon emissions by about 34 million tons annually.

The 800-kilovolt (kV) ultra-high-voltage direct current (UHVDC) transmission connection will transport clean hydropower over a distance of 1,670 kilometers, from Yibin in Sichuan province in southwest China to Zhejiang province on the east coast. ABB's scope of supply for the project includes converter transformers, DC (direct current) filter capacitors and key components. As part of the transmission process, converter transformers provide a critical interface between the DC link and the alternating current (AC) network.

"We are pleased to continue supporting China's efforts to build one of the most extensive and advanced power networks in the world," said Bernhard Jucker, head of ABB's Power Products division. "This order augments our significant track record in the country and supports our strong local footprint in terms of engineering, manufacturing and R&D."

High voltage direct current (HVDC), a technology pioneered by ABB almost 60 years ago, enables large amounts of electricity to be transmitted over long distances with minimal losses. UHVDC transmission is a development of HVDC, and represents the biggest capacity and efficiency leap in more than two decades. ABB is a world leader in HVDC transmission technology, with around 90 HVDC projects around the world with a combined transmission capacity around 95,000 MW.

UHVDC transmission is increasingly being deployed in geographically sizeable countries such as China where energy is consumed far from its source. By making it possible to transmit power, especially from renewables, over long distances, UHVDC reduces dependency on fossil fuels and curbs potential carbon dioxide emissions.

ABB (www.abb.com) is a leader in power and automation technologies that enable utility and industry customers to improve their performance while lowering environmental impact. The ABB Group of companies operates in around 100 countries and employs about 145,000 people.