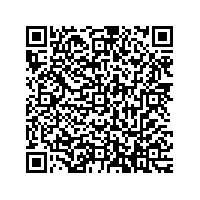 The Institute of Electrical and Electronics Engineers (IEEE) has recognized the world’s first commercial HVDC transmission link, in Gotland, Sweden, as a breakthrough milestone in electrical engineering.

Over 60 years ago, ABB introduced a new way of transmitting electricity across long distances with minimum losses – High Voltage Direct Current (HVDC). The Gotland link was the first of its kind in the world. This pioneering landmark will now be a part of the prestigious IEEE Milestones hall of fame, which recognizes significant technical achievements in the world of electrical engineering. Previous IEEE Milestone recognitions include technological innovations such as the invention of the light bulb, the CD player and the birth of the internet. The IEEE, with more than 400,000 members, is the world’s largest association of technical professionals.

“HVDC is a game-changing technology that enjoys pride of place in ABB’s pioneering innovation heritage. We are honored that the landmark Gotland project, the first commercial HVDC link in the world, is receiving this recognition from IEEE and privileged to share this honor with Vattenfall, who first embraced this technology,” said Claudio Facchin, President, ABB Power Grids. “HVDC technology will play a vital role in shaping an increasingly digital and interconnected power network and is a key element of ABB’s Next Level strategy, as we reinforce our global leadership as a partner of choice for enabling a stronger, smarter and greener grid.”

In 1950s Sweden, electricity consumption was growing rapidly but the country’s major hydropower reserves in the north were more than a thousand kilometers away from the major load centers in the south. This meant that areas like Gotland – an island in southern Sweden – had to produce its own electricity at twice the cost of the mainland. This inspired the development of an efficient, reliable and economical transmission system to transport electricity over long distances and was manifested in the first commercial HVDC transmission link that enabled power to flow through a 96 kilometer subsea cable between Västervik, on the Swedish mainland, and Ygne, a town located on the island of Gotland.

When first installed, this HVDC link had a capacity of 20 megawatts (MW) and operated at a voltage of 100 kilovolts (kV). It has been progressively upgraded by ABB with the evolution of HVDC technology has developed. Today, it has a rated voltage of 150 kV and the capacity to transmit 320 MW of power, providing electricity to meet the needs of the 60,000 residents of Gotland. It also enables clean wind energy, generated on the island, to be transmitted to the mainland. The link is currently being further enhanced to integrate more renewable wind energy into the grid.

Some of the world’s biggest cities, including Los Angeles, São Paulo, Shanghai, and Delhi, rely on HVDC transmission links to deliver large amounts of electricity, often from renewable energy sources located thousands of kilometers away. HVDC links are also being increasingly deployed as interconnectors between regions and countries enabling the optimum use of renewables, balancing of loads and trading of electricity. The technology is also widely used to integrate electricity from offshore wind farms and feed renewable power into mainland grids.

ABB further developed HVDC in the 1990s by introducing a voltage sourced converter (VSC) solution named HVDC Light® and the world’s first VSC power link was also installed on Gotland. In April 2017, ABB wrote the next chapter of this technology, doubling power capacity to 3,000 MW and distance capability to 2000 km, raising voltage capability to 640 kV and the potential to deliver 350 percent more power per square meter of space used. ABB leads the way in this technology as well, having executed 18 of the 24 VSC HVDC projects commissioned in the world.

ABB (ABBN: SIX Swiss Ex) is a pioneering technology leader in electrification products, robotics and motion, industrial automation and power grids, serving customers in utilities, industry and transport & infrastructure globally. Continuing a more than 125-year history of innovation, ABB today is writing the future of industrial digitalization and driving the Energy and Fourth Industrial Revolutions. ABB operates in more than 100 countries with about 132,000 employees. www.abb.com