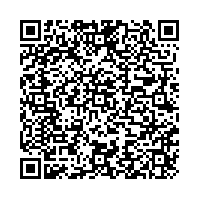 Mehta to replace Tom Sjökvist, who retires in September after 38 years with the company

(PresseBox) ( Zurich, Switzerland, 10-08-27 )
Tarak Mehta, the global head of ABB's Transformers business, has been appointed to ABB's Executive Committee as head of the Low Voltage Products division as of Oct. 1, 2010. He replaces Tom Sjökvist, who is retiring at the end of September.

Mehta, a US citizen, has been responsible for ABB's Transformers unit since 2007. It is the world's largest transformer business, with 16,500 employees.

"Tarak has driven growth in the Transformers business organically and through the integration of several niche acquisitions, developing a very competitive business with an innovative, marketfocused portfolio and a robust service offering," said Joe Hogan, ABB's chief executive officer.

Mehta joined ABB in 1998 and has held various management positions in the Power Products division in the US, Sweden and Switzerland. Before joining ABB, he worked for 8 years at Cooper Power Systems in the US. Mehta has Bachelor's degree in Mechanical Engineering from Purdue University and an MBA in Finance and Marketing from the University of Chicago.

Tom Sjökvist is retiring from ABB after 38 years with the company. He began as a trainee at ASEA in Sweden in 1972, and has since held a wide variety of roles in Sweden, the US, Germany and Switzerland. He joined the ABB Executive Committee in 2006 as head of the Automation Products division.

"Under Tom's leadership, the business developed a rich portfolio of innovative technologies. In 2010, Tom became head of the Low Voltage Products division, which has proven an equally successful business with doubledigit growth in its first half year," Hogan said.