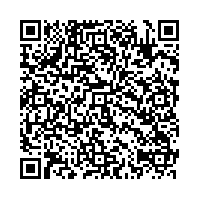 ABB reported second-quarter revenues of $7.9 billion - a 2-percent decline in local currencies - and earnings before interest and taxes (EBIT) of $1 billion, despite higher restructuring-related costs to adapt to the challenging economic environment.

Orders decreased to $7.3 billion compared to the same record quarter in 2008, primarily the result of sharply lower demand in industrial markets. The EBIT margin decreased to 13.2 percent from 16.1 percent a year ago. The decrease was mainly the result of lower volumes in short-cycle businesses and restructuring-related costs of approximately $120 million.

Net income amounted to $675 million, mainly reflecting the decrease in EBIT. Cash from operations reached $1.1 billion, reflecting both the timing of large project payments and a focus on improving net working capital. Net cash at the end of June amounted to $5.7 billion, up from $4.8 billion at the end of the previous quarter.

"Thanks to the timely execution of our solid order backlog, we held revenues in local currencies close to last year's high levels despite the unprecedented downturn in the global economy," said Joe Hogan, ABB's Chief Executive Officer. "We also maintained profitability well within our target range as we realized benefits of more than $500 million in the first two quarters from our $2-billion cost take-out program.

"The economic environment remains challenging, although there are growth opportunities driven by the need for more intelligence and automation in the power network, and the generation and integration of renewable energies," Hogan said. "While we'll continue to focus on adjusting costs quickly, we also aim to take advantage of these opportunities to extend our market leadership."