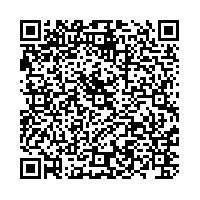 (PresseBox) ( Zurich, 10-07-16 )
ABB, the leading power and automation technology group, has won an order worth around $700 million, from the German transmission grid operator, transpower, to supply an 800megawatt (MW) power link that will connect more offshore wind farms in the DolWin1cluster, located in the North Sea to the mainland German grid.

ABB will deploy its innovative and environmentally friendly HVDC Light (highvoltage direct current) transmission technology to transmit power from the 400 MW Borkum West II wind farm and other wind farms to be developed nearby. The wind farms will be connected to an offshore HVDC converter station which will transmit electricity to the onshore HVDC station at Dörpen, on the northwest coast of Germany via 165 km of underwater and underground DC cables. The Dörpen/West converter station will in turn feed AC power to the mainland grid.

This is the largest power transmission order in ABB's history. At 320kilovolt this will be the highest voltage level of extruded cable ever used for HVDC.

Scheduled to be operational in 2013, this network of offshore wind farms is expected to avoid three million tons of carbon dioxide emissions per year by replacing fossilfuel based generation. Germany currently meets about eight percent of its electricity requirements with wind power and expects to double that by 2020.

This is the second HVDC Light offshore wind connection supplied by ABB in Germany, the first being the BorWin1 project, the most remote offshore wind farm in the world.