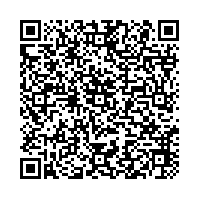 (PresseBox) ( Zurich, Switzerland, 12-01-04 )
ABB, the global power and automation technology group, has won an order worth around $160 million from Svenska Kraftnät, the national grid operator, to provide a new high-voltage underground cable system for the South-West Link power transmission project in southern Sweden. When completed in 2014, this will be the longest and most powerful underground cable link in the world. The order was booked in the fourth quarter of 2011.

The main objective of the new transmission system is to enhance capacity and strengthen the reliability of the national power grid. It will help boost transmission capacity in the south of the country and between Sweden and Norway. The link will also facilitate the future integration of large-scale wind power into the Swedish power network.

ABB's underground HVDC cable system will have the capacity to transport 2 x 660 megawatts (MW) of electric power at a voltage level of 300 kilovolts (kV) across a distance of about 200 kilometers between Barkaryd and Hurva in southern Sweden. ABB is responsible for the design, engineering, manufacture, supply and installation of the entire cable system, including terminations, joints and other accessories.

"This cable solution will boost power capacity, facilitate power exchange and help integrate more renewable energy," said Peter Leupp, head of ABB's Power Systems division. "It will also reduce the impact of power system disturbances and contribute to the stability and reliability of the grid. ABB continues to build on its legacy of pioneering technology and setting global benchmarks."

ABB recently announced investments of $90 million and $400 million in the US and Sweden to increase production capacity of land and subsea cables respectively.

ABB (www.abb.com) is a leader in power and automation technologies that enable utility and industry customers to improve their performance while lowering environmental impact. The ABB Group of companies operates in around 100 countries and employs about 130,000 people.

For help with any technical terms in this release, please go to: www.abb.com/glossary