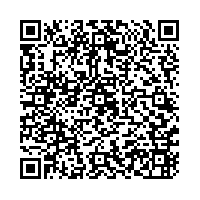 (PresseBox) ( Zurich, 19-09-18 )
ABB has signed a five-year framework contract with Austrian Power Grid (APG), Austria’s transmission system operator, potentially worth more than $100 million to supply gas-insulated switchgear (GIS), in the largest electricity grid expansion to date in Austria. ABB will be supplying GIS for the construction of a transmission grid that will help to strengthen the infrastructure in order to gradually integrate electricity generated by more renewable sources.

Renewable energy is difficult to predict and causes load fluctuations. Its integration into the power grid requires a strong and resilient transmission infrastructure. The network connects wind power generators in eastern Austria to pumped storage power plants in the western part of the country. It will also transport surplus solar and wind power to pumped storage power plants in the Alps that act as “green batteries” for storing electricity that can be harvested during high demand periods.

Under the #mission2030 plan, Austria targets to achieve 100 percent electricity consumption from renewable energy and a fully carbon-free society by 2030. This goal also honors the European Union’s renewable energy targets1 of 32 percent by 2030 and 75 percent by 2050. ABB’s technology solutions act as catalysts in enabling a smarter, safer and greener grid.

“With advanced technologies that are enabling a sustainable energy future, ABB Power Grids is at the forefront of integrating and transmitting renewable energy,” said Claudio Facchin, President of ABB’s Power Grids business.

From end 2019 to 2024, ABB’s GIS will be installed in various substations around the country. GIS is a compact, metal-encapsulated switchgear that uses pressurized insulating gas, enabling safe operations in confined spaces. It significantly reduces equipment footprint by occupying only 10 percent of the space taken by an air-insulated switchgear substation, thus acting as an important enabler for urbanization.

ABB (ABBN: SIX Swiss Ex) is a technology leader that is driving the digital transformation of industries. With a history of innovation spanning more than 130 years, ABB has four customer-focused, globally leading businesses: Electrification, Industrial Automation, Motion, and Robotics & Discrete Automation, supported by the ABB Ability™ digital platform. ABB's Power Grids business will be divested to Hitachi in 2020. ABB operates in more than 100 countries with about 147,000 employees. www.abb.com