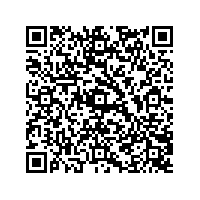 (PresseBox) ( Zurich, 10-07-20 )
ABB, the leading power and automation technology group, has achieved another significant milestone with the commissioning of the Xiangjiaba-Shanghai project, the world's first UHVDC (ultrahighvoltage direct current) transmission link to go into commercial operation. ABB was the main technology supplier to State Grid Corporation of China (SGCC) and the project was completed in 30 months, one year ahead of schedule.

The ±800 kV Xiangjiaba-Shanghai UHVDC link has the capacity to transmit up to 7,200 megawatts (MW) of power from the Xiangjiaba hydropower plant in southwest China to Shanghai, the country's leading industrial and commercial center about 2,000 kilometers away. The new link is able to meet the electricity needs of about 24 million people, and sets a new benchmark in terms of voltage levels and transmission capacity, superseding the 600 kV (kilovolt) Itaipu transmission line in Brazil, which was also delivered by ABB.

"800 kV UHVDC will play an important role in providing China with access to remote renewable energy, a key focus area for us," says Zheng Baosen, Executive Vice President, SGCC. "We are extremely pleased with the support and cooperation of ABB and the local Chinese suppliers during the execution of this project which enabled its completion in record time."

The highcapacity power link comprises a single overhead line and occupies less space than the existing system. Moreover, transmission losses on the new line are under 7 percent, again, considerably less than the existing 500 kV system. The electricity saved is equivalent to the power needs of around one million people in China.

"The Xiangjiaba-Shanghai link sets a new standard in ultrahighvoltage power transmission and underlines ABB's global leadership in HVDC technology," said Peter Leupp, head of ABB's Power Systems division. "We congratulate State Grid Corporation of China on this remarkable achievement and acknowledge the excellent cooperation and support of all our local partners."

As part of the turnkey project, ABB was responsible for overall system design and supplied the main equipment. The scope of delivery included 28 high- and ultrahighvoltage converter transformers, ten of which were delivered from Sweden and the rest manufactured with ABB components and technology, in local partnership. Other key products delivered include thyristor valves, DC and AC (direct and alternating current) switchyard equipment and the newly developed DCC800 HVDC control system.

UHVDC transmission is a development of HVDC, pioneered by ABB more than 50 years ago. The new technology with an advanced control system represents the biggest capacity and efficiency leap in power transmission systems in more than two decades. It is particularly suitable for vast countries like China and India, where consumption centers are often located far from power sources, including renewables.