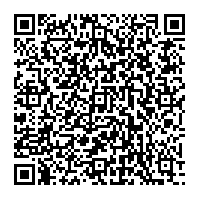 (PresseBox) ( Warrington, UK, 13-05-23 )
AB SCIEX, a global leader in analytical technology, today announced that its scientists have developed a new method for detecting horse tissue present in meat samples. This is in response to recent reports, including the Food Standards Agency's announcement earlier this year, that horse and pig DNA had been identified in beef products sold in several supermarket chains in Europe.

The new AB SCIEX method, which is based on LC/MS/MS (liquid chromatography / tandem mass spectrometry), represents a novel, more accurate approach to meat speciation. It detects the protein markers distinct to specific meat species and confirming the presence of a particular species in a sample by direct detection. The method also enables laboratories to detect veterinary drug residues in the same analysis.

While the method was optimized to identify horse tissue contamination in beef samples, it may also be adapted to detect peptide markers of numerous different animal types simultaneously. Ultimately, the method has the power to identify horse meat that may be present in other tissue samples (such as pork, beef or lamb) by its unique protein markers.

"Our new method shows a clear role for LC/MS/MS in meat speciation, giving scientists the most reliable results for identification of horse meat in food," said Vincent Paez, Sr. Director for Food and Environmental at AB SCIEX. "It further demonstrates our commitment to helping companies and governments improve food safety and verify food authenticity."

The horse meat markers that AB SCIEX scientists identified have been independently verified by research scientists at the University of Münster (Prof. Dr. Hans-Ulrich Humpf, Dr. Jens Brockmeyer and Christoph von Bargen). In addition, AB SCIEX scientists used the method in a recent LGC Standards proficiency testing scheme, confirming that the method can easily detect horse meat in beef at levels of 10% with no false positives. The method was then adapted to detect horse meat at levels as low as 1% in beef samples, making the method detection limits comparable to those achieved with existing methodologies such as polymerase chain reaction (PCR) and enzyme-linked immunosorbent assay (ELISA) techniques.

The AB SCIEX mass spectrometry-based method offers a more accurate and reliable approach to meat speciation than PCR, which must detect the animal's DNA, or ELISA, which must detect the intact animal proteins ‒ both of which have limitations. Additionally, this method is an improvement over other indirect LC/MS/MS-based methods, which target veterinary drug residues rather than the targeted animal proteins themselves. This new approach, however, does allow for the detection of veterinary drug residues in the same analysis, which is not possible by ELISA or PCR.

The new method was developed on an AB SCIEX LC/MS/MS platform, consisting of an AB SCIEX QTRAP® 5500 LC/MS/MS system coupled with an Eksigent ekspert(TM) micro LC system. The QTRAP® 5500 system uses multiple reaction monitoring (MRM) to detect each peptide and is then capable of providing sequence information by acquiring a product ion scan for each triggered MRM, which can be used to confirm the peptide's identity. This gives greater confidence for food testing when distinguishing between species. This is especially significant because, for example, horse and beef proteins may differ by as little as one or two amino acids.

As a leader in next-generation food testing technologies, AB SCIEX has previously developed similar methods for protein screening in food, including new techniques for detecting allergens such as eggs, milk, sesame seeds, nuts, and mustard simultaneously in food samples, as well as more recent work investigating casein detection in wine.

AB SCIEX helps to improve the world we live in by enabling scientists and laboratory analysts to push the limits in their field and address the complex analytical challenges they face. The company's global leadership and world-class service and support in the mass spectrometry industry have made it a trusted partner to thousands of the scientists and lab analysts worldwide who are focused on basic research, drug discovery and development, food and environmental testing, forensics and clinical research. With 30 years of proven innovation, AB SCIEX excels by listening to and understanding the ever-evolving needs of its customers to develop reliable, sensitive and intuitive solutions that continue to redefine what is achievable in routine and complex analysis. For more information about the company, go to www.absciex.com. Follow AB SCIEX on Twitter @ABSCIEX, Facebook and LinkedIn.