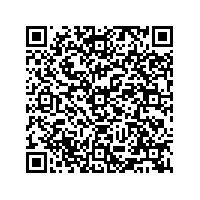 Subscribe to news
(PresseBox) ( Berlin, 17-08-14 )
aap Implantate AG (“aap”) posted sales and EBITDA in line with the guidance in the second quarter of 2017 and thereby achieved its financial targets. Sales in the reporting period totalled EUR 2.3 million (Q2/2016 like-for-like: EUR 2.7 million) and were thus within the forecast corridor of EUR 1.8 million to EUR 2.7 million. The company realized an EBITDA in the second quarter of 2017 of EUR -1.6 million (Q2/2016: EUR -1.4 million) and thereby likewise a value in line with the guidance of EUR -1.7 million to EUR -1.3 million. In the first half of 2017 aap increased sales year-on-year by 5% to EUR 5.4 million (H1/2016 like-for-like: EUR 5.2 million). Similarly, EBITDA improved in the first six months of 2017 compared to the corresponding period in the last year by 7% to EUR -3.3 million (H1/2016: EUR -3.6 million).
Starting with the sales figures as reported of EUR 3.4 million in the second quarter of 2016 respectively of EUR 5.9 million in the first half of 2016 and taking into account an initial sale invoiced in the second quarter of 2016 which was revoked in course of drawing up the annual financial statements for 2016, like-for-like sales values in the second quarter of 2016 and the first half of 2016 were EUR 2.7 million and EUR 5.2 million respectively. Accordingly, like-for-like trauma sales in the second quarter of 2016 amounted to EUR 2.3 million and to EUR 4.5 million in the first six months of 2016.
Q2/2017 and H1/2017 – Key results and progress
- Sales: Trauma sales up by 14% on a half year basis to EUR 5.2 million (H1/2016 like-for-like: EUR 4.5 million); trauma sales in Q2 unchanged if compared to previous year level (EUR 2.3 million)
- Earnings: Recurring EBITDA at EUR -1.1 million in Q2 (Q2/2016: EUR -1.5 million) and at EUR -2.4 million in H1 (H1/2016: EUR -3.6 million)
- Gross margin and costs: Strong year-on-year improvement in gross margin (both Q2 and H1) through focussing on trauma and growing sales share in established markets; continued decrease in personnel costs in Q2 and perceptible reduction in H1 due to personnel measures implemented in 2016
- Cash flow and balance sheet: Cash need in H1/2017 totalled EUR 3.4 million with positive effects from working capital reduction (EUR 0.6 million); cash holdings of EUR 24.8 million1 and a further high equity ratio of 86%
- Focus on established markets: Share of sales attributable to North America and Europe together rose in H1 to EUR 3.7 million (H1/2016: EUR 3.6 million); growth drivers are North America (+26%) and DACH region (+10%); conclusion of a distribution agreement for the LOQTEQ® Radius System with worldwide leading US medical technology company Integra LifeSciences
- LOQTEQ®: Completion of portfolio with a focus on preparations of approvals of further polyaxial LOQTEQ® systems and continued product development steps towards completion of the aap foot system
- Silver coating technology: Focus on coordination process regarding scope and design of the clinical study with involved authorities; renowned international CRO (clinical research organisation) with extensive experience in clinical studies of this kind selected; aap team strengthened by experienced specialist and management staff from globally leading companies
- Successful voluntary public share buyback offer: Purchase of around 2.25 million shares for EUR 1.52 per share; transaction oversubscribed with about 3.9 million shares offered for buyback

In the second quarter of 2017 sales were down 12% from EUR 2.7 million to EUR 2.3 million, whereas the first half showed a 5% increase to EUR 5.4 million. The decline in other sales revenues in the quarter and the half year results from the previous year’s divestments (aap Joints and aap Biomaterials) and the consequent loss of sales revenues realized with these companies.

Trauma sales remained on the previous year level of EUR 2.3 million in the second quarter of 2017. On the basis of half year figures trauma sales increased by 14% to EUR 5.2 million (H1/2016: EUR 4.5 million) if compared to the corresponding period in the last year. Growth drivers in the first six months were, in particular, North America (+26%) and the DACH region (+10%). This reflects the progress achieved in the targeted distribution focus on established markets such as North America, the DACH region and further European countries. Sales development in the BRICS and SMIT states showed a positive trend towards stabilization in the first half year.

EBITDA was burdened by one-time effects both in the second quarter and in the first half of 2017 and in the same periods of the previous year so that a comparison on the basis of the Recurring EBITDA (EBITDA without one-time effects) makes sense. Adjusted for the above-mentioned one-time effects, recurring EBITDA increased in the second quarter of 2017 by 27% to EUR -1.1 million (Q2/2016: EUR -1.5 million) and in the first six months of the current financial year by 33% to EUR -2.4 million (H1/2016: EUR -3.6 million). This reflects the aimed development: a focus on established markets with higher profit margins and simultaneous a disciplined cost management to improve operational performance. These areas of activity are of central significance for the management in the financial year 2017.

1 In the consolidated balance sheet of 06/30/2017, EUR 20.3 million is stated as cash and cash equivalents, while cash with banks totalling EUR 4.4 million is shown under current and non-current other financial assets as it was pledged to secure financial liabilities respectively cash payments were made to secure bank guarantees granted to third parties.