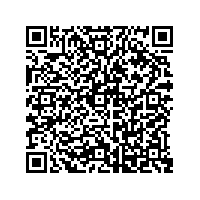 4SC-202 is an orally administered small molecule for the treatment of cancer. As an epigenetic modulator with a unique mechanism of action, 4SC-202 inhibits both the lysine-specific demethylase (LSD1) and class I histone deacetylases (HDAC 1, 2 and 3), which play roles in the regulation of cancer signaling pathways. Through 4SC-202-mediated changes in the methylation or acetylation pattern of histone proteins (packaging proteins, around which the DNA is wrapped), expression of some genes is promoted, whereas expression of others is suppressed. These changes ultimately lead to more differentiation and less proliferation of cancer cells. The tumor ceases to grow and the immune system is then able to detect and destroy it.

Prof. Johnsen and his team conducted experiments in multiple pancreatic cancer cell lines. "Mechanistically we observed that the effects on the induction of gene expression mediated by 4SC-202 were elicited by the Bromodomain-containing Protein 4 (BRD4) and MYC, both of which are able to interact with the regulatory sequences located close to the target genes following the changes caused by treatment with 4SC-202," stated Prof. Johnsen.

BRD4 is a well-characterized 'epigenetic reader' that recognizes and binds to acetylated lysine residues on both histone and non-histone proteins and plays an important role in maintaining cancer-induced transcriptional programs in the malignant cells. MYC on the other hand is one of the most studied human oncogenes and has been frequently associated with tumor growth and progression due to its involvement in a myriad of biological processes including cell growth, proliferation and cell death.

Prof. Johnsen continued: "Based on the data, we believe that 4SC-202-mediated down-regulation of target gene expression is most likely associated with changes in the acetylation patterns in the regulatory regions located farther from the target genes."

Frank Hermann, MD, Chief Development Officer of 4SC, commented, "These data provide valuable new insights into 4SC-202's molecular mode of action in cancer cells. In addition to these direct effects on cancer cells, we know that 4SC-202 has various biologic effects, especially enhancing the immune response against cancer tissue. Considering these multiple biological effects, we believe that 4SC-202 is a very attractive partner for combination treatment approaches in hematology and oncology with a special focus on immuno-oncology therapies such as checkpoint inhibitors. Therefore, we plan to investigate this very promising combination in cancer patients who are not responding to treatment with checkpoint inhibitors alone. In these patients, the epigenetic effects of 4SC-202 have the potential to modulate the cancer tissue and help to reactivate the immune system to fight the cancer."

4SC-202 is an orally administered small molecule for the treatment of cancer. 4SC-202 is an epigenetic modulator with a unique mechanism of action that inhibits both the lysine-specific demethylase (LSD1) protein and class I histone deacetylase proteins (HDAC 1, 2 and 3), which play significant roles in the regulation of signaling pathways in cancer cells.

4SC-202 has been investigated in a Phase I study with 24 intensively pretreated patients with several types of highly advanced hematologic cancers, and has proven to be tolerated. Positive signs of anti-tumor efficacy were observed with one complete remission for 28 months and one partial responder for 8 months.

Epigenetic changes modify the activity of genes, but not the genetic code of DNA itself, causing activation or silencing of genes. This mechanism enables differentiated cells such as those in the lungs, nerves or skin to serve very different functions despite containing identical genetic code.

Epigenetic alterations are as important as genetic mutations in a cell's transformation to cancer; and their manipulation holds great promise for improving cancer therapy. Epigenetic compounds such as 4SC's resminostat and 4SC-202 have the potential to convert these malignant epigenetic alterations back to a normal or non-malignant state. For example, treatment with epigenetic cancer compounds interrupts or combats the mechanism that is responsible for the onset of cancer, making cancer cells visible to the body's own immune system or rendering them more responsive to immuno-oncological treatment.

Epigenetic therapeutics is considered as a future growth market in the field of oncology based on its significant promise as both a monotherapy and in combined approaches with immuno-oncology drugs and other therapeutic agents. In an October 2015 report by business information publisher Grand View Research, the worldwide epigenetics market was projected to generate revenues of US-$16 billion in 2022, up from US-$ 4 billion in 2014.

4SC AG is a clinical-stage biopharmaceutical company developing small-molecule drugs that can target key indications in cancer with high unmet medical needs through epigenetic mechanisms. Such drugs are intended to provide patients with innovative treatment options that are more tolerable and efficacious than existing therapies and provide a better quality of life. The Company's core assets are resminostat, 4SC-202 and 4SC-208.

4SC's pipeline is protected by a comprehensive portfolio of patents and comprises promising products that are in various stages of preclinical and clinical development. 4SC's aim is to generate future growth and enhance its enterprise value by entering into partnerships with pharmaceutical and biotech companies and/or the eventual marketing and sales of approved drugs in select territories by 4SC itself. Founded in 1997, 4SC had 49 employees as of 31 December 2016. 4SC has been listed on the Prime Standard of the Frankfurt Stock Exchange since December 2005.