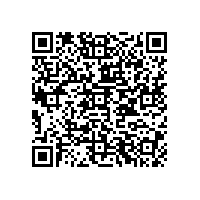 Highlights of the third quarter 2010:

Commenting on these developments, Dr Ulrich Dauer, CEO of 4SC said: 'We made solid progress in the third quarter, continuing to validate our lead-compounds in Phase II trials as we advance towards gaining critical mass in our robust and well diversified pipeline in autoimmune and cancer indications. Encouraging initial Phase II data was presented on resminostat in hepatocellular carcinoma whilst recruitment for the Phase IIb trial of vidofludimus in rheumatoid arthritis progressed. Post period we also published initial positive results in resminostat's second indication, Hodgkin lymphoma, and achieved the primary efficacy endpoint in the Phase IIa ENTRANCE trial in inflammatory bowel disease, broadening vidofludimus' potential in autoimmune diseases. We are excited about the months ahead, in which we hope to build on these successes, as we await three further important Phase II results over the next 14 months.'

Overview of results in the first nine months of 2010:

Revenue in the first nine months of 2010, which was generated exclusively from research co-operation agreements, declined from EUR1.4 million to EUR0.8 million. Operating expenses were EUR16.1 million, up 20% from EUR13.4 million in the same period in 2009. As expected, development costs remained the principal cost driver due to the significant expansion of clinical activities. Total research and development costs rose over 25% from EUR10.3 million to EUR13.0 million compared to the same period in 2009.

The operating loss increased to EUR15.3 compared to EUR12.0 million in the first three quarters of 2009. The net loss for the period rose to EUR15.2 million from EUR11.6 million. In contrast, the loss per share fell in spite of the higher loss for the period as a result of the capital increase at the end of 2009, which increased the total number of shares outstanding. Loss per share in the first nine months of 2010 were EUR-0.39 compared with EUR-0.41 in the prior-year period. Cash and cash equivalents as at 30 September 2010 totalled EUR22.2 million (31 December 2009: EUR35.6 million; 30 September 2009: EUR10.6 million).

Overview of results in the third quarter of 2010:

Continued advances in the clinical pipeline:

4SC continued the positive development of its clinical programmes in the third quarter of 2010, in particular reaching important milestones with its most advanced products.

In the field of autoimmune diseases, patient recruitment for the COMPONENT Phase IIb study of vidofludimus in patients with rheumatoid arthritis (RA) was centre stage in the quarter. The Company recruited 153 of the 244 patients for this study by mid-September. Preliminary results from the trial are expected in the first half of 2011.

In addition, vidofludimus was evaluated in the ENTRANCE Phase IIa study to deliver the first efficacy data for vidofludimus in inflammatory bowel disease (IBD). The study was completed in the third quarter of 2010.

4SC also made significant advances in its oncology portfolio with its lead compound resminostat. The ongoing Phase II SHELTER study is examining efficacy, safety and tolerability of resminostat in patients with advanced hepatocellular carcinoma (HCC) as a monotherapy and in combination with the current standard for first-line treatment, sorafenib, in sorafenib-refractory patients. In September 2010, initial promising interim data on the safety, tolerability and efficacy was presented at the '2010 Visceral Medicine' symposium in Stuttgart, Germany. Initial study results are expected in the first half of 2011.

Concurrently, progress was made in the ongoing Phase II SAPHIRE study of resminostat in Hodgkin's lymphoma (HL) patients. Initial results were presented at the 8th International Symposium on Hodgkin's Lymphoma in October 2010 in Cologne, Germany. The endpoints of the first stage of this study were reached. The data showed ten of the 18 patients benefited from the treatment with resminostat. A minimum of five patients needed to show a benefit in the first stage of this study design in order to proceed to stage II.

In the third quarter, 4SC also progressed with preparations for a Phase I/II study of resminostat as a second-line therapy in colon cancer patients with K-ras mutations. This study is scheduled to start before the end of 2010.

4SC also made progress in its other oncology programmes during the third quarter. The Phase I study of 4SC-203, a multi-target kinase inhibitor, was completed in healthy volunteers and the evaluation of results is scheduled for the fourth quarter of this year. The Phase I study of the Eg5 inhibitor 4SC-205 also progressed according to plan in the third quarter. Another focus in the third quarter was on the further development of the second HDAC inhibitor, 4SC-202. Pending approval from all regulatory authorities, a Phase I clinical study in hematological tumours will commence this year to test this drug candidate, which has a target profile that differs substantially from that of resminostat (4SC-201).

4SC expects to meet further important milestones in clinical development and to be able to deliver significant results from individual programmes before the end of the year.

First positive Phase IIa results for the ENTRANCE study, evaluating vidofludimus in inflammatory bowel disease, were announced on 4 November 2010. The results from a second study, the Phase IIb COMPONENT study of vidofludimus for the treatment of rheumatoid arthritis, are expected in the first half of 2011.

Pending approval from regulatory authorities, 4SC also expects to commence a Phase I/II study of resminostat as a second-line treatment for patients with K-ras-mutated colon cancer in the fourth quarter.

With total funds of EUR 22.2 million, 4SC is well positioned to meet all of the above-mentioned milestones in the coming months.

The senior management team of 4SC will host a conference call at 3pm CET (9am EST) today to present the results for the quarter and provide information on all important developments in the reporting period.

Participants can dial in to the conference call using the following telephone numbers:

Approximately two hours after the live presentation, an audio replay of the conference will be available on the 'investors' section of www.4sc.com.

The complete Q3 quarterly report will be available from 9am today at www.4sc.com/investors.

This document may contain projections or estimates relating to plans and objectives relating to our future operations, products, or services; future financial results; or assumptions underlying or relating to any such statements; each of which constitutes a forward-looking statement subject to risks and uncertainties, many of which are beyond our control. Actual results could differ materially, depending on a number of factors.

4SC AG (ISIN DE0005753818) is a drug discovery and development company focused on autoimmune and cancer indications. Vidofludimus (4SC-101), a small molecule, is currently in a Phase IIb study in rheumatoid arthritis and a Phase IIa exploratory study in inflammatory bowel disease. The company's lead oncology compound, resminostat (4SC-201), a pan histone deacetylase (HDAC) inhibitor, is in Phase II trials in hepatocellular carcinoma and Hodgkin's lymphoma. Two further oncology compounds, 4SC-203 and 4SC-205, are in Phase I studies. 4SC develops drug candidates until proof-of-concept in order to generate value creating partnerships with the pharmaceutical industry in return for advance and milestone payments as well as royalties.

Founded in 1997, 4SC has 94 employees and has been listed on the Prime Standard of the Frankfurt Stock Exchange since December 2005.