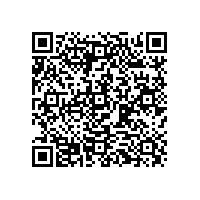 (PresseBox) ( Erfurt, 19-05-08 )
Already for the fourth time, the world of additive manufacturing is looking to Erfurt for the exhibition of the finalists of the 3D Pioneers Challenge.

The international competition for pioneering achievements is announced in eight categories. Designers who use additive manufacturing technologies to break new ground have the chance to win the prize money of EUR 35,000, which has been significantly increased for 2019.

International trends in the industry are to be detected and presented to the general public within this competition. This is the declared aim of the organisers Simone and Christoph Völcker. This year again, the latest topics will be bundled and exhibited at the tradeshow Rapid.Tech + Fab.Con 3D in Erfurt, Germany.

The high response, with numerous submissions from 23 countries and 5 continents, once again exceeded the reach of recent years. It is becoming apparent that 3D printing is playing a major role worldwide as an enabler - in automation and system integration for the industry as well as in research and development of new materials and 3D printing technologies. Not only the submissions from the USA are a driving force, but also projects in Europe and Asia show - there is a lot going on. The integration of additive technologies ranges from data generation for design to industrial manufacturing processes. Social and sustainable projects using 3D printing are also gaining in importance. New business fields are emerging.

The finalists represent the who´s who of the scene: Groundbreaking research in materials and manufacturing technologies, such as computed axial lithography or forward-looking projects based on digital technologies that re-design rockets and bring robots with artificial intelligence to life. The exhibition will show new achievements from the first fully printed version of a jetsuit for passenger transport to the Space Explorer Lander, which is supposed to explore unknown planets. Social and sustainable submissions from upprinting food in the haute cuisine to coral reef resettlement are also presented. Last but not least, medical breakthroughs such as the first printed heart made from patients own cells round off the range of the industry highlights.

Within the multi-stage jury procedure, the specialists will determine the winners of the 3DPC 2019 directly on site on 26 June in Erfurt.

This year, the jury is made up of representatives of the Bauhaus University Weimar in the 100th anniversary year of Bauhaus or designer Ross Lovegrove, as well as greats and connoisseurs of the industry such as Anouk Wipprecht, Sarah Goerke or Gilles Retsin from UCL Bartlett. In addition, 25 first-class partners, among them Stratasys, Autodesk, Würth Elektronik eiSos, BASF, Farsoon Europe, Deutsche Bahn, DDC Deutscher Designer Club (patron of the 3DPC) round off the 3D Pioneers Challenge team of experts from industry, press, design, education and software.

The finalists’ submissions will be exhibited at Rapid.Tech + FabCon 3.D in Erfurt (25 - 27 June 2019) at a special area for the 3DPC exhibition. The award ceremony will take place in Erfurt as part of a gala evening on 26 June 2019. The exhibits of the finalists will be taken on a roadshow on international events afterwards.

All information about the competition: www.3dpc.io

LogiMAT 2021 in Stuttgart will not take place. Date postponed to March 2022