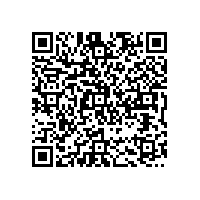 Survey says that UK PLC needs to embrace benefits of IT

Subscribe to news
(PresseBox) ( London, 10-08-26 )
A joint survey carried out by Computer Weekly and 360°IT - The IT Infrastructure Event has discovered an apparent disconnect that exists between senior management, the IT department and the employees of companies. Although 64% of senior managers see IT as being strategic to the business alarmingly a fifth view IT as a necessary evil. In addition, researchers found that only 45% of senior managers have a good understanding of the IT function, which perhaps explains why 31% of senior management apparently fail to fully embrace the potential that IT offers them.

Bryan Glick, Editor In Chief, Computer Weekly "The divide between IT departments and the rest of the business has been a problem for far too long. These days, few businesses can survive and compete without IT and managers who fail to grasp the potential of technology do their employer a gross injustice. But equally, IT managers need to work hard to overcome such barriers and educate their business peers to understand the benefits of a closer working relationship."

"As a new generation of techsavvy workers step up into management positions, their expectations of IT will only have a positive effect on ITbusiness relations. Any senior managers already in place who fail to keep up with technology will find themselves losing out very quickly," he said.

"The problem is exacerbated" , says Natalie Booth, Event Director for 360°IT - The IT Infrastructure Event, "by the fact that just 20% of senior managers admitting to actually involving their IT peers in the decision making process of their businesses and only a third try to understand the role of IT".

There is, however, a ray of hope from the survey results as 48% of senior managers view the IT department as part of their business and 44% see IT as a contributor to the success of their business.

Booth went on to say that the poll results show that there is an apparent psychological gulf that exists between management, the IT department and the end users of technology in a large number of businesses.

"The survey shows that senior managers can easily give their organisations a significant competitive advantage by embracing new technology as just 11% of senior managers claim to be IT savvy," she said.

"They also need to embrace advice from their IT colleagues as just 31% turn to IT for help and advice, and 29% of IT professionals say their users turn to them only to complain, presumably when things go wrong," she added.

IT managers said that they take a proactive role in their approach to IT users with 68% stating that they listen and act on their requirements and 55% working closely with them to deliver IT that meets their needs and a fifth thought that users are enthusiastic and keen to learn about IT.

"Overall, the results to our survey show that there is a considerable way to go before UK companies can be said to be taking advantage of new technology. With the current global recession, it's imperative that businesses should work closely with IT and use the latest technology to gain competitive advantage especially as 96% of senior managers viewed convergence as an opportunity to rise to the challenge of beating the economic gloom", said Booth. "Visitors to the 360°IT will be able to sample the latest technology and services that IT has to offer and use the education programme to further their knowledge of how IT infrastructure solutions can help to achieve key business objectives such as improving service, reducing cost, managing risk and gaining competitive advantage and growth "

360°IT is the event dedicated to the IT community addressing the needs of IT professionals responsible for the management and development of a flexible, secure and dynamic IT infrastructure.

With high level strategic content, product demonstrations and technical workshops, 360°IT will provide an essential road map of current and emerging technologies to deliver end to end solutions.

360°IT will facilitate vendor and end user collaboration to create the IT infrastructure necessary to achieve key business objectives - improving service, reducing cost and managing risk whilst gaining competitive advantage and growth.